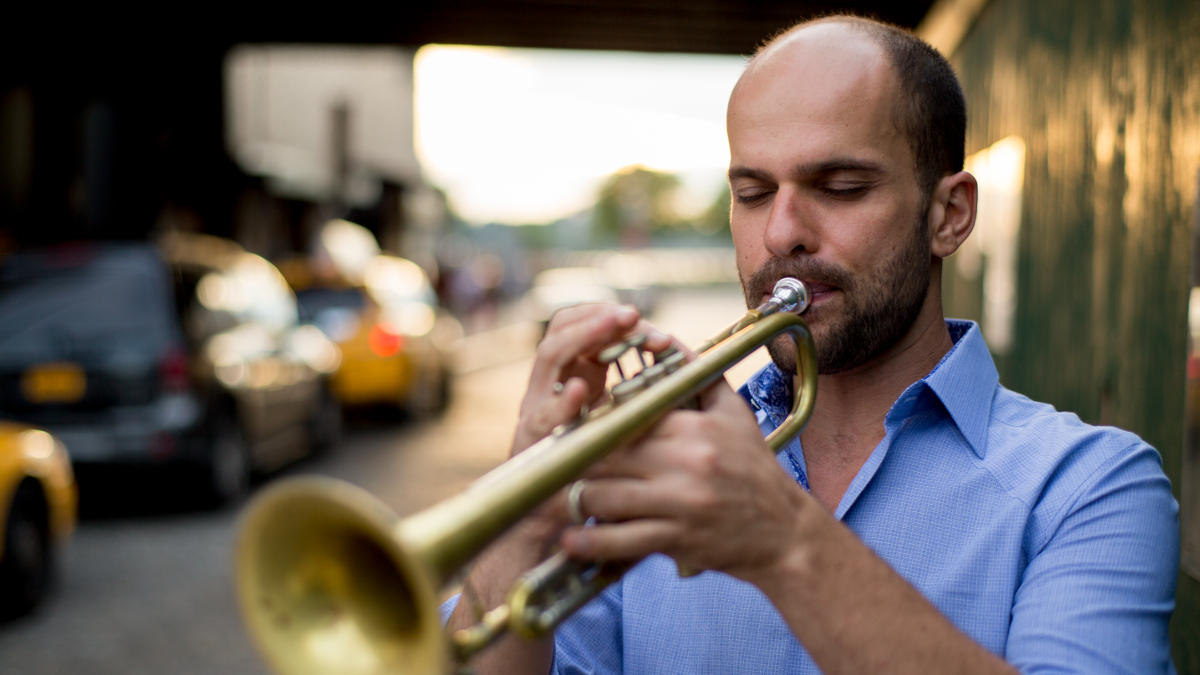 This performance is no longer available.

“ElSaffar’s melismatic trumpet lines conveyed tremendous lyric beauty, his phrases bending and twisting in ways that Western ears are not accustomed to hearing… among the most promising figures in jazz today.”

Composer, trumpeter, santur player, and vocalist Amir ElSaffar has been described as “uniquely poised to reconcile jazz and Arabic music.” (The Wire) A recipient of the Doris Duke Performing Artist Award and a 2018 US Artist Fellow, ElSaffar is an expert trumpeter with a classical background, conversant not only in the language of contemporary jazz, but has created techniques to play microtones and ornaments idiomatic to Arabic music that are not typically heard on the trumpet. Additionally, he is a purveyor of the centuries old, now endangered, Iraqi maqam tradition, which he performs actively as a vocalist and santur player. As a composer, ElSaffar has used the subtle microtones found in Iraqi maqam music to create an innovative approach to harmony and melody, and has received commissions to compose for large and small jazz ensembles, traditional Middle Eastern ensembles, chamber orchestras, string quartets, and contemporary music ensembles, as well as dance troupes.

This engagement of Amir ElSaffar is made possible in part through the Jazz Touring Network program of Mid Atlantic Arts with support from the National Endowment for the Arts.