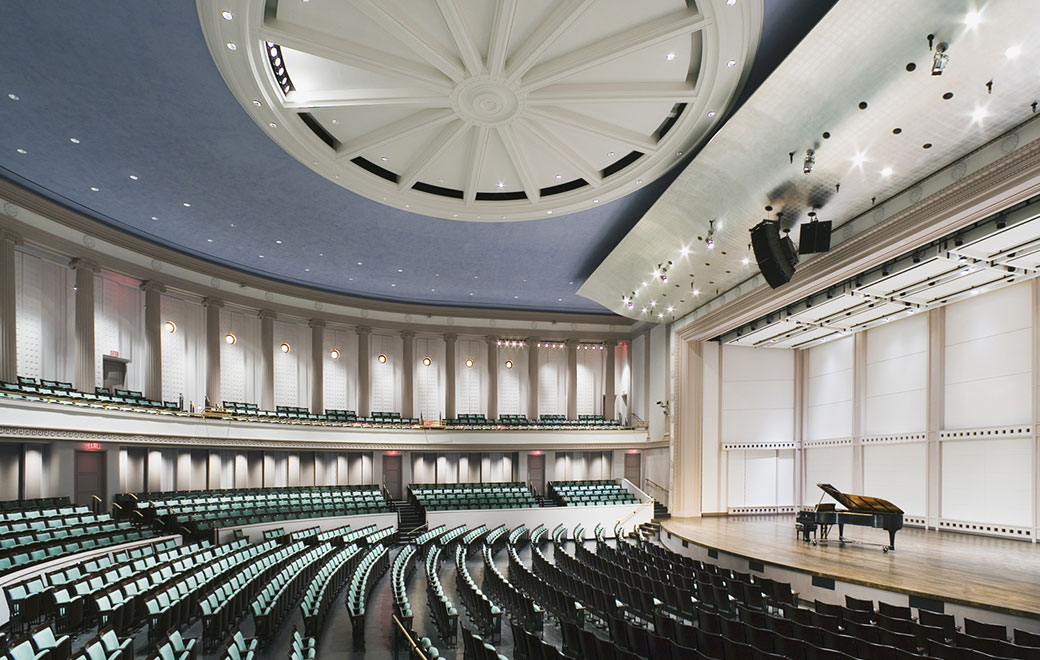 The Cornell Concert Series has been hosting musicians and ensembles of international stature since 1903.  Fritz Kreisler and Sergei Rachmaninov once braved getting to Ithaca (in 1919 and 1921) and more recently, Ladysmith Black Mambazo, Alfred Brendel, Zakir Hussain, and the Mozarteum Orchestra of Salzburg.  Originally featuring only Western classical artists, the series presented Indian sitar player Ravi Shankar in 1987 and has since grown to encompass a broader spectrum of the world’s greatest musicians and musical traditions.