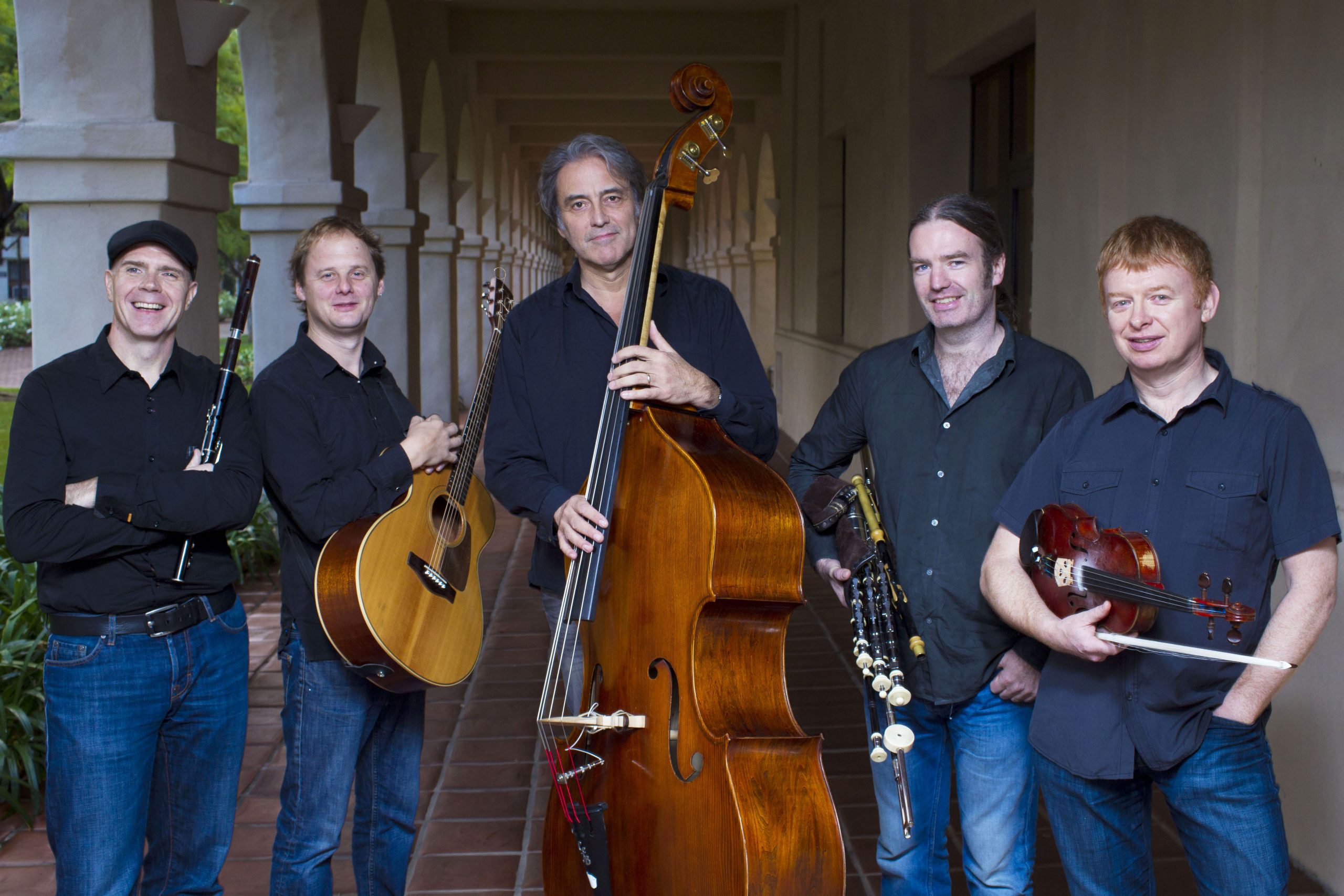 This event has concluded. Thank you to all who joined us on March 18!

Lúnasa, one of the most influential bands in the history of Irish traditional music, gets Ithaca into the spirit of St. Patrick’s Day, 2022! Named after an ancient Celtic harvest festival, Lúnasa drew from Ireland’s greatest bands to form what Folk Roots magazine has called an “Irish music dream team.”  They have proven their mettle time and again, having sold over a quarter of a million albums, and performed more than 2,000 shows in 36 countries at venues including Carnegie Hall and the Hollywood Bowl. Lúnasa has remained at the forefront of Irish music for over 20 years, a leading voice of the living tradition of Irish music, and the standard against which others are compared.