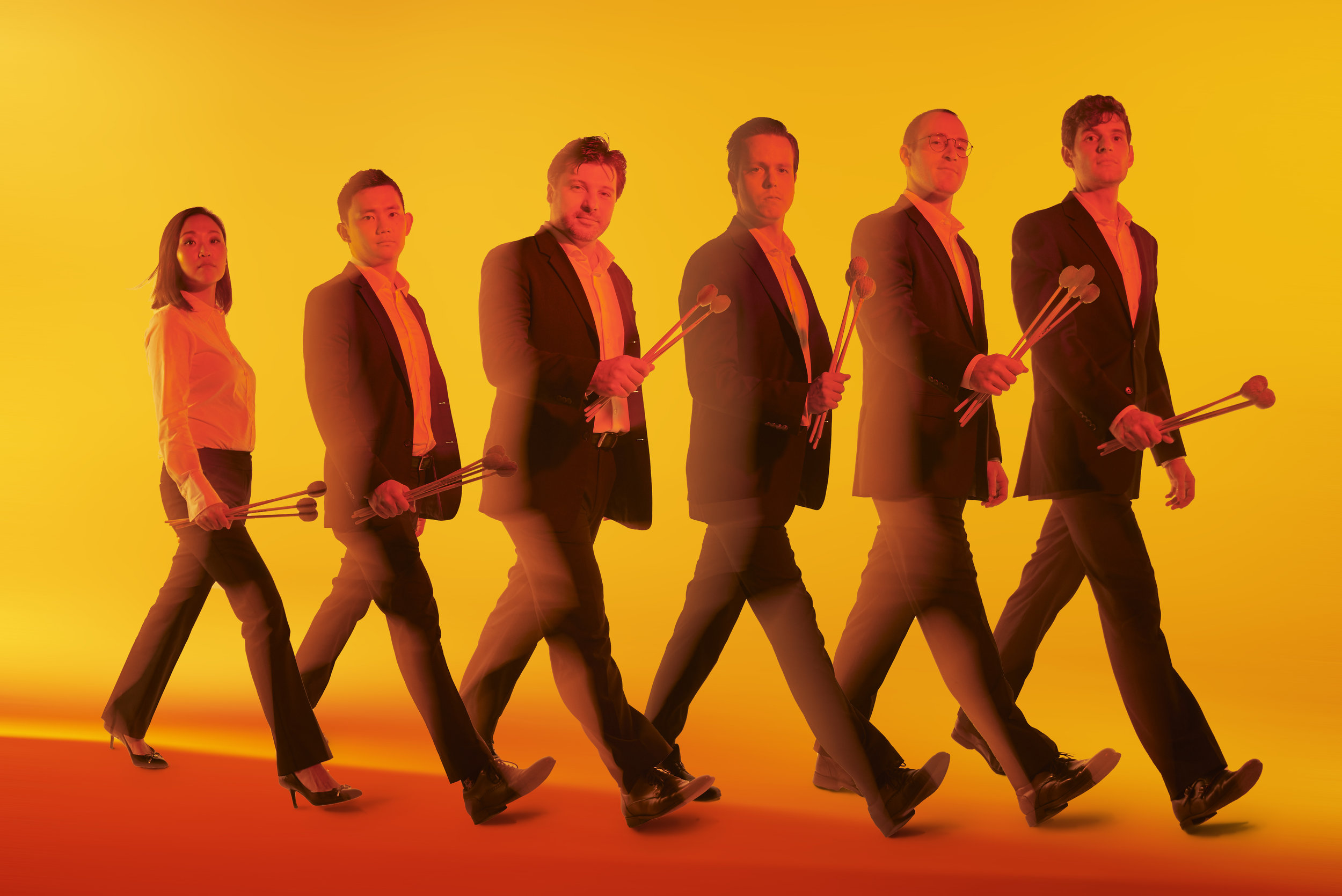 This event has concluded. Thank you to all who joined us on April 22!

“The soloists demonstrated a jaw-dropping level of skill, precision, and artistry in the performance. The music not only demands individual virtuosity, but an extreme synergy in executing not only the complex rhythmic patterns but the intricate, lyrical lines. The four percussionists worked together so seamlessly that they almost seemed to share [a] kind of psychic connection. Hearing (and seeing) them perform was a pure joy.” – Hartford Courant

The Percussion Collective reinvents the concert experience through uncommon performances that surprise and engage audiences at a profound emotional level. Utilizing an assortment of marimbas, vibraphones, glockenspiels, xylophones, and a variety of drums and other struck instruments, The Percussion Collective will perform Emmy Award-winning composer Garth Neustadter’s Seaborne, a musical and visual work at the nexus of the percussive art soundscape. Neustadter’s mastery of cinematic composition and Kjell van Sice’s poetic aquatic images produce a powerful collaboration:

The roster of The Percussion Collective includes some of the world’s most esteemed and dynamic young voices in the art form. They are drawn from the Chamber Music Society of Lincoln Center, Camerata Pacifica, the Pittsburgh New Music Ensemble as well as faculty members from universities such as Miami’s Frost School of Music, Michigan State University, the University of Massachusetts, Vanderbilt’s Blair School of Music, and the University of Kansas. Featuring players from Europe, Asia, and the US, this new generation of virtuosi represent the leading edge of innovation in concert conception and performance.

NEUSTADTER Seaborne
Above
At
Within