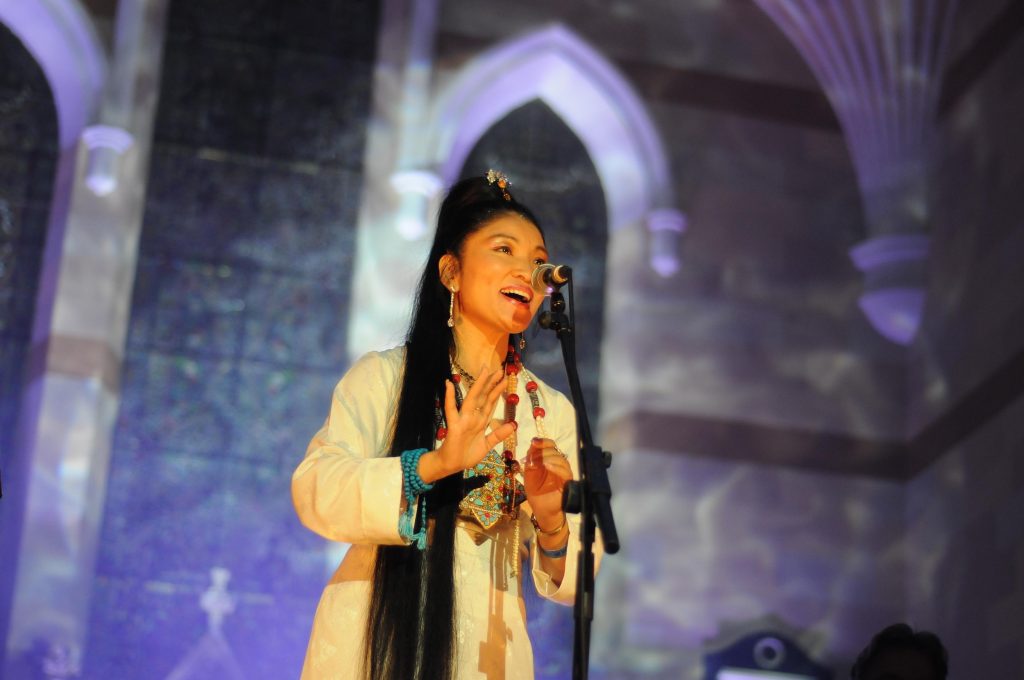 This performance is no longer available.

“Yungchen Lhamo not only charmed – she wowed.”  – Rolling Stone

Yungchen Lhamo’s name, which translates to “Goddess of Melody and Song,” was given to her by a holy man at birth. Born and raised in Lhasa, Tibet, she crossed the Himalayan Mountains to Dharamshala, India, in order to continue her Buddhist spiritual practice. Yungchen began performing throughout the world, signing with Peter Gabriel’s Real World Records. She has sung at venues from Carnegie Hall and London’s Royal Albert Hall to Lilith Fair with musical greats such as Philip Glass, Michael Stipe, Natalie Merchant, Sheryl Crow, and Sir Paul McCartney. “Once you’ve heard her, the power that her voice and melodies have to still an agitated mind becomes obvious.” (New York Daily News)